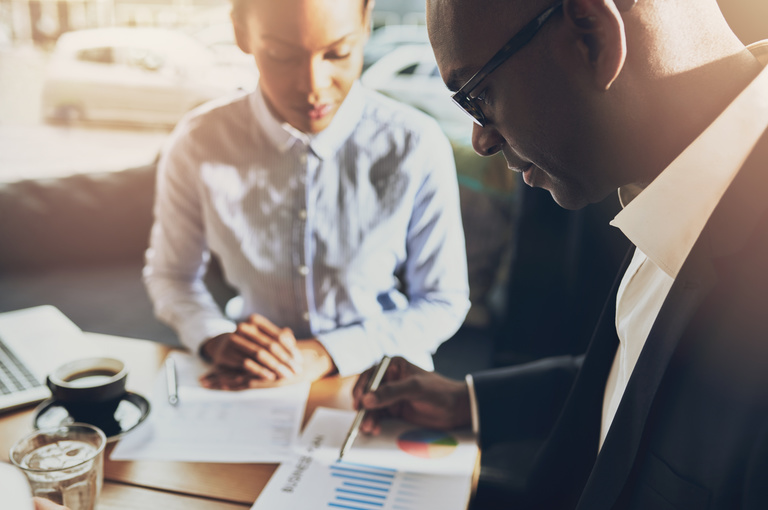 While we celebrate the growth of small businesses ownership in the U.S, sadly the African American small business footprint has grown only to 14% of the 28 million small businesses in the nation. Most of this minority group is woefully underserved regarding growth capital and capacity building support.

To increase lending to diverse small businesses in our communities, BCL has developed our Texas Small and Diverse Loan fund with flexible underwriting features and technical support for the life of the loan to ensure borrower success. BCL of Texas is here to help level the playing field for minority businesses.

As we embrace the rich history that is Black America, BCL of Texas celebrates the top businesses of the present and the past who did not allow access to capital stop their progress towards success:

The Black Enterprise 100 (BE 100) produced total revenues of $27. 5 billion in 2017. This list was led by privately-held IT powerhouse World Wide Technology, with an electrifying $9.3 billion in revenues, and the female-led workforce solutions juggernaut The Act-1 Group, which generated a whopping $2.8 billion in revenues.

The Past – Recommended Readings:

Why Should White Guys Have All the Fun? How Reginald Lewis Created a Billion-dollar Business Empire by Reginald F. Lewis

Why Should White Guys Have All the Fun? is the inspiring story of Reginald Lewis: lawyer, Wall Street wizard, philanthropist — and the wealthiest black man in American history. At the time of his death in 1993, his personal fortune was estimated in excess of $400 million and his vast commercial empire spanned four continents.

Succeeding Against the Odds

One of America’s wealthiest entrepreneurs, John H. Johnson rose from the welfare rolls of the Depression to become the most successful Black businessman in American history; the founder of Ebony, Jet, and EMmagazines; and a member of the Forbes 400. Like the man himself, this autobiography is brash, inspirational, and truly unforgettable.

Black Titan: A.G. Gaston and the Making of a Black American Millionaire

The grandson of slaves, born into poverty in 1892 in the Deep South, A. G. Gaston died more than a century later with a fortune worth well over $130 million and a business empire spanning communications, real estate, and insurance. At the time of his death in 1996, A. G. Gaston was one of the wealthiest black men in America.

The Freedmen’s Savings and Trust Company, commonly referred to as The Freedmen’s Bank, was incorporated on March 3, 1865. It was created by the United States Congress along with the Freedmen’s Bureau to aid the freedmen in their transition from slavery to freedom.