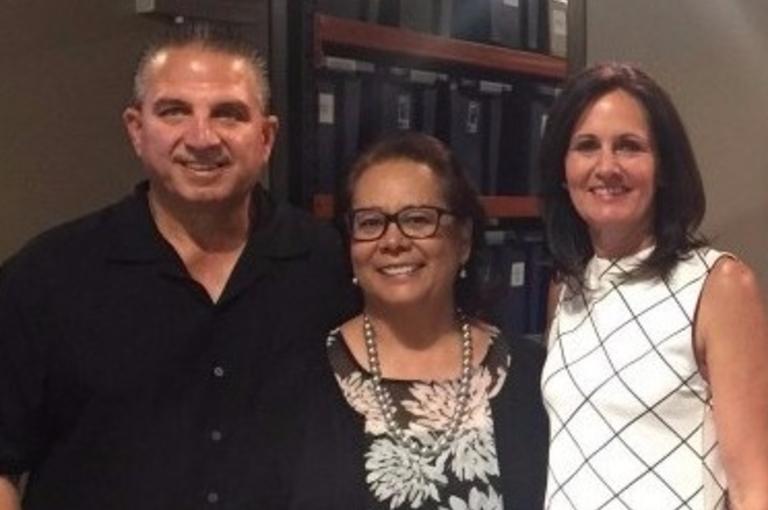 SportHooks was born out of a runner’s love for her sport and her growing collection of medals. Founder Marcey Futris, who has now run a full marathon in all 50 states and on 4 continents, was looking for a place to display her race medals. At the time, in 2006, only wood displays were available on the market.

She decided custom build her own metal display. Her husband Peter Futris says, “She made one for herself and one for a friend and when she looked at it, she liked it a lot and said wow, this is a good idea.” Marcey contacted a friend who was a runner and made marathon-themed jewelry to ask if she could share a booth at a runners’ expo to gauge the response to her medal displays.

At her first show in Austin, she sold out. For her next race expo in Little Rock, AR, she made up a few more SportHooks and sold out again. A runner friend who was a web designer proposed making a website. Marcey launched the site, added a few designs, and SportHooks was born. “It grew out of her passion for running,” Peter said. “When they say, do what you love, it’s not like work.”

Today, SportHooks has a license for specialty branded products with the Rock ‘n’ Roll Marathon Series, IRONMAN, and Disney and runs over 60 expo shows a year with the help of 3 contractors. With the help of a commercial loan from BCL of Texas, the company was able to expand their product line into a new market and continue to grow.

Peter’s advice to those starting their own business is to have a vision and a plan and then to execute that plan. “It’s the persistence that you have,” he said. “With Marcey running 107 marathons, she doesn’t give up easily.”